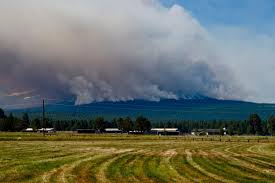 Before the Milli fire started getting that strange look in it’s eye, filling the sky with smoke and causing the evacuation of Crossroads, my wife and I were pleased to host a couple of through-hikers attempting the Pacific Crest Trail. Because of the fires in Central Oregon, numerous trail closures, and active measures by our much adored firefighting professionals, they were forced to abandon the trail at Elk Lake.

We were happy to help in whatever ways we could.

We were brought into this hosting and support enterprise at the invitation of Sisters residents Kathryn Godsiff, and her husband Allan, two absolute gems of Sisters Country, in support of a marvelous organization called Warrior Expeditions.

Warrior Expeditions sponsors transitioning combat veterans on through-hikes of the Pacific Crest Trail, the Appalachian Trail, an across the nation bicycle ride known as the Trans-America trail, and an epic paddling adventure from Minnesota to the Gulf of Mexico.

Warrior Expeditions is open to any veteran who has served in a combat zone.

Warrior Expeditions was created by Marine Corps Veteran Sean Gobin who, in 2015, was given CNN’s Turner Broadcasting “Hero” Award for a program he started called “Walk Off The War”. That original organization has grown exponentially and become Warrior Expeditions. They now enjoy the broad support of numerous gear and equipment manufacturers, and are united under the notion that modern military to civilian transitions are often inadequate for veterans to process their experience in healthy ways.

Gobin took up the idea after his own return to civilian life, when he completed the 2,185 miles of the Appalachian Trail. 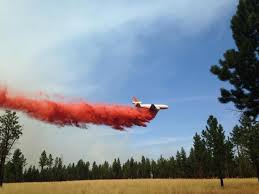 A Good Drop on the Fireline

Several weeks ago, we were thrilled to meet one of the first through-travellers crossing into Sisters Country, a Special Forces Veteran participating in the Trans-America bicycle ride. Kathryn and Allan hosted a fine meal at their home on Willow Ranch, and Mark, who was utterly exhausted from his months of endless pedaling, shared many fine stories of his incredible trip across the country.

Mark, who wasn’t shy about sharing some of the difficulties he has faced in the aftermath of nearly two dozen deployments, was off the next morning, after a power breakfast made by Kathryn, and reported later that he had safely made the Oregon coast and completed his remarkable and life-transforming trek.

Next came Patrick, who enjoyed a night with the Godsiffs, but still needed a ride around the closures the following day. Patrick is originally from a very small town in Kansas, where his graduating class could fill a single school bus.

Patrick, who as I write is still on the trail, somewhere in Washington, has lost almost 40 pounds on his trip up the PCT thus far, which worries him some. “It doesn’t matter how much I eat,” he told us, “It all gets walked right off.” Talkative and sincere, Patrick told us that after leaving the Marine Corps he has spent much of his time variously riding bulls in Arizona, setting up promotions for archery companies, working toward his private pilot’s license, and trying to focus on the next best steps in his life. 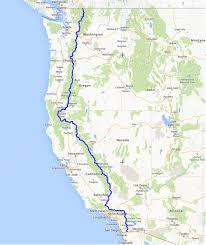 So my daughter and I drove Patrick and his gear up to Frog Lake, in the shadow of Mt. Hood, where the PCT crosses Hwy 26. Back home, the Milli fire was still just a few puffs of smoke, the sun was shining, and nary an Eclipsalypser was hogging the road in one of those fabulous jalopies we have seen since.

We pulled into the Sno-Park and stood around the truck looking at the trailhead and up the trail, where it curved away into the shadows and trees, but Patrick, it was obvious, was in no particular hurry to get back on the trail.

I tried to encourage him with a “Canada is just up there, a little ways,” remark, but that fell pretty flat. So we talked some more about archery, and rodeo, and that strange world that has done so much to define us both: the Marine Corps. And finally, just when I was about to ask if we ought to turn around and give him another day of rest, he said, “I better get after it.”

And so he shouldered his pack, and got after it.

We took in two more veterans the next day. They were here just long enough to get some good meals, do their laundry, sew back on a few buttons, do some BookFacing, and watch the explosion of the Milli fire. With the sudden conflagration of vehicle traffic for the eclipse, they ended up staying an extra day.

On the morning of the second day we had breakfast at The Gallery, where the plates are always delicious and bountiful, and we spent the rest of the day on the porch back at the Figure 8, watching the growing columns of smoke, swapping stories of foreign lands and yes, drinking plenty of cold beer.

And in the way of these things, spending time with these veterans ended up being more helpful to me, in many ways I think, than it was to them.

Sean Gobin on the Appalachian Trail

The visits from these veterans, who are working so hard to find their new place in civilian life, were a terrific reminder that we are never alone. Somewhere, along every trail, there are people willing and able to provide support. Mostly, these guys just needed some real food, to do some laundry, and to sleep in a nice bed for a couple of nights.

But sometimes, in our own lives, we might forget that no one really finishes out the trail alone, and from either pride or embarrassment simply forget, or fail, to ask.

And now that the Milli fire has run many of our neighbors out of their homes, let’s not forget to offer ourselves up to help. One of the reasons it is so great to live here is that we almost never do that sort of thing. But at the same time, it never hurts to say “I can help” loud enough for someone else to hear it.