It’s time to come clean. Way back in March, or April, or maybe it was May, I wrote in these pages predicting—it was really more of a populist pandering, almost a campaign promise—that we would grow 500 lbs. of vegetables. That was worth a giggle then, and somewhere inside I knew it was a bold pronouncement, but it seems much funnier now.

Armed with lessons learned from our previous gardening heartbreaks, attendance at a master gardening class, etc., and no shortage of work–rebuilding the raised beds, amending and improving the soil–we might have been a little cocky. But we had, or thought we had, the garden gnomes–those mute little lobbyists–on our side.

And now that the snow has fallen, twice, conjuring nightmares of last winter’s ice dams, houses in flood at -26°f, cars in the ditches, and you know, all of the other joys that came with it, I would be cowardly if I did not put the numbers out there.

We grew 18 lbs of peas. That was an excellent start to the season, and gave me great confidence in those early days of a young summer. Nothing beats the crispy sweetness of a sugar snap pea. Of course, no one knew then that we were going to lose all of August, and half of September, to smoke from the explosion of Krakatoa, but I’ll get into that later, as this tale of Central Oregon gardening runs from comedy to tragedy—like any modern political campaign–most ricky-tick. 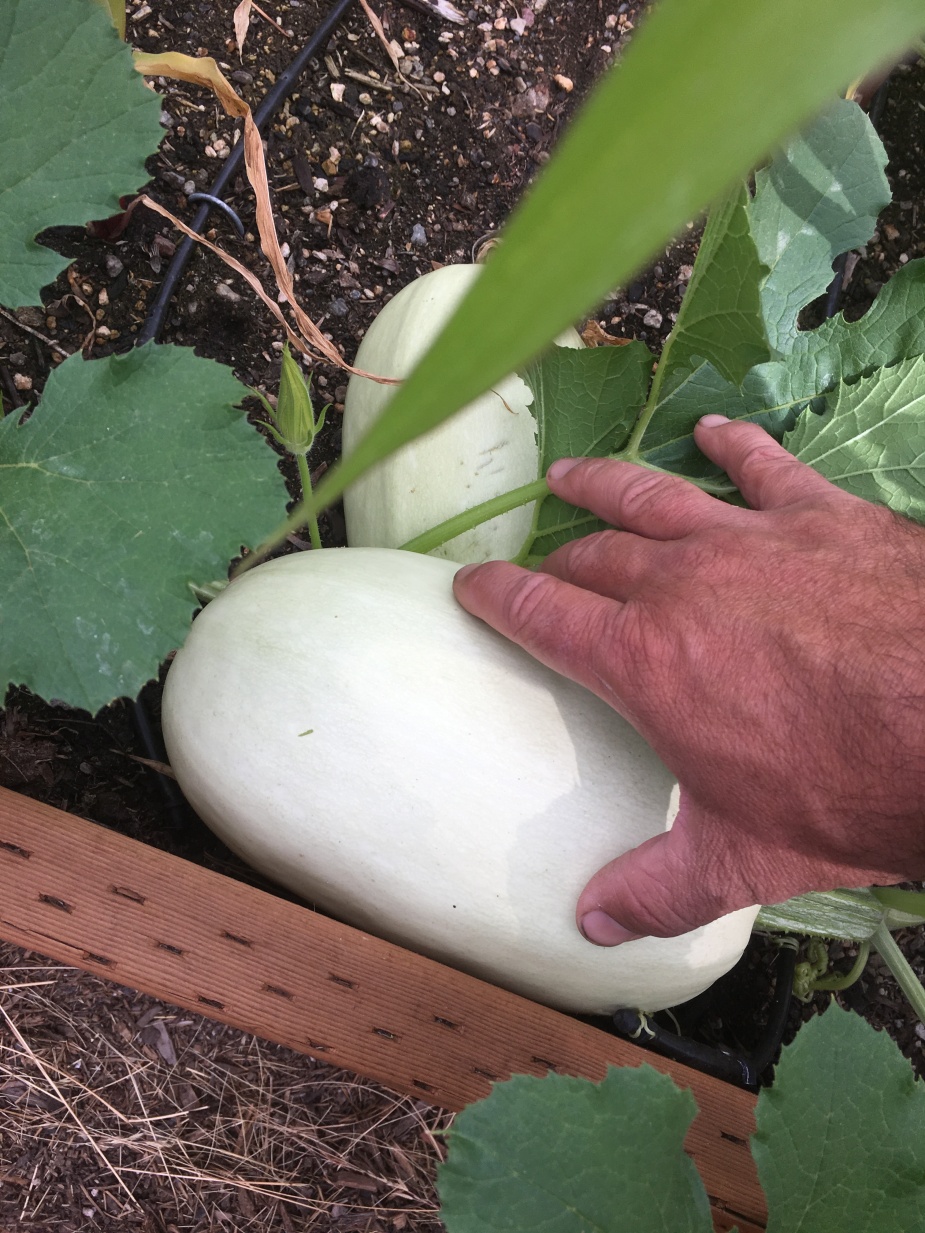 We grew 14 pounds of green beans, but my wife doesn’t like them. She says they taste like cardboard. I think she’s right. I planted a different variety this year and although they came on strong, they were never going to win converts to the greater pleasures of green beanery.

I planted two kinds of onions and we pulled 9 pounds of them out of the ground. That was a big win for us because there was no sign of the onion maggots that have, somehow, found our onion patches in the past.

A Handsome Start.  Before Krakatoa.

We grew 150 pounds of spaghetti squash. I cannot say why, but the squash went crazy. I only planted 5 of them—started in the greenhouse—but whatever combination of things they like, they definitely received, because the squash just kept coming. This was, by far, our biggest win of the season. The rest of the tally isn’t so impressive.

I had also made some bold predictions about growing corn—which other people do with some success in Central Oregon, and I was determined to grow a bushel of gigantic ears to post pictures of, like fishermen do with huge trout, just to brag about what a terrific farmer I am.

Meh. I did two things that are arguably stupid. The first was trying to beat two problems at once. First, I transplanted corn from the greenhouse into the garden. This is fraught with problems, although the best ears we had came from those transplants. The second was just trying to grow corn at all.

We had terrific early success with the corn, and some very nice ears, before the law of averages caught up with me and not much else happened. I poured the bloodmeal to them early and late, sang my best Ian Tyson love songs to them, and even went native by planting with the 3-Sisters method—corns, beans, squash–but in the end the corn crop was a flop. 7 pounds. 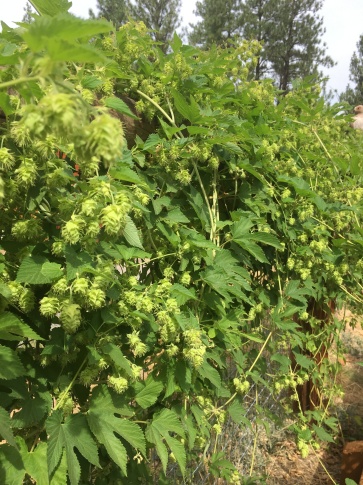 Which brings me to the bigger heartbreak of this season. Tomatoes. I generally plant in the neighborhood of 15-20 tomatoes. Tomatoes are not a difficult plant to grow. But they require sunlight, and heat, and relatively clean air, which was not going to be one of the gifts last summer gave us. Just at the time when our ‘maters needed a final push of glorious sunlight, Krakatoa exploded, the earth went dark, and the tomatoes began to choke, and stunt, and sit sadly in the swirling clouds of ash. The tomato totals ran to 25 pounds, which was okay, but not enough for the loads of salsa and tomato sauce I was dreaming of canning this fall.

Also, we grew one apple. We planted several apple trees last year, which blossomed nicely in the spring, but we watched as the buds took a hard frost early and we ended up with just one apple. But it was a good apple, and I shared it with the horses, who each got a nice slice.

We also grew trashcan potatoes. There were lots of potatoes in the cans, but something about them gave us both the willies, so mostly we aren’t going to eat them.

223 pounds, mostly squash. That doesn’t count the lettuce, kale, cucumbers, or the odd few pounds of carrots, but it’s clearly not the 500 pounds I was shouting about from the rooftops, and to anyone who would listen to my ravings. But I had to come clean. By sharing this information, going public in this forum, and maintaining the long tradition of Figure 8 Ranch vegetable transparency, I have completed the final harvest of the season.

And next year—I don’t know why I can’t stop myself from doing this—I just know we are going to grow 500 lbs of vegetables.