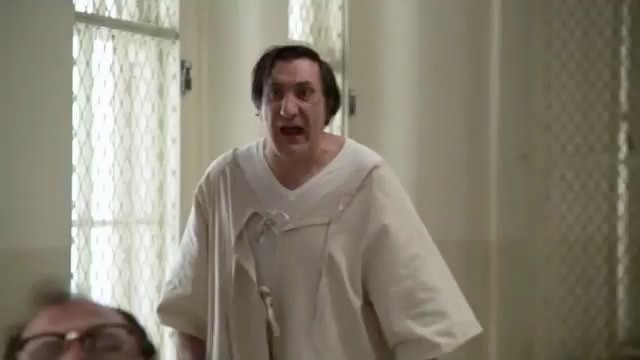 During my law-enforcement career I responded to a lot—and I really do mean a surprising number—of fights, stabbings, and at least one shooting, at quinceanera celebrations. You can imagine the scene: tables overturned, chairs flying, lots of shrieking and weeping and terrified children hiding behind the DJ table.

The big question, after all of the major players were in bracelets and the ambulances had rolled away to the hospital, was always the same: what could possibly have been so important that people needed to bring out the knives and bats in the middle of a young woman’s long-awaited rite of passage celebration?

The answer was always the same too: nothing.

It’s been helpful for me to see much of our contemporary politics in the same light—a giant quinceanera gone tragically wrong. I’m often left to see the whole national conversation, in fact, as little more than two drunken uncles switch-blading each other over the tamales, rather than some meaningful and sincere effort to resolve our collective problems and differences.

Lots of Talkers, Not So Many Listeners

Also, as a brief aside, it turns out that the FBI brass has an integrity problem. If that surprises you, or you thought you were going to get a shock-proof professional investigation out of them, please call the ranch because I have some ocean-front property opportunities I’d love to discuss with you.

These days, when the environment is so utterly saturated with angry, for-profit demonstrating, and ultra-binary political drum-beating, I’m more attracted than ever to the more solitary kind of activist, those braver and quieter souls working diligently on themselves first, and the rest of the world a very distant second.

But in the age of flash thinking, flash mobs, and flash protests, which are generally as flashy as they are valuable, I’m afraid we’ve more or less sidelined the spirit of Thoreau working it out for himself at Walden, or Rick Bass toiling quietly in the Yaak Valley of Montana in order to present the world with one improved person.

These days, we spend a lot of time insisting on our uniqueness and rightness and then viciously attacking others when they hold the same steadfast view of themselves and their own opinions. Which is just weird.

The end result is, naturally, that we have a lot of profound talkers, but not so many good listeners, which is exactly the nightly performance of media pundits in pancake make-up shouting at each other on CNN and FOX.

I’m wondering what any of that insistence actually accomplishes at the end of the day—besides selling ad-blocks, and a big part of me would love to see Sean Hannity and Wolf Blitzer finally shake off the gloves and go at it hockey-style. I wouldn’t pay to see that, but I’d likely check it out later on YouTube.

On the other hand, I probably would make same nachos and host a pay-per-view party to watch an octagon showdown between Sarah Huckabee and Rosie O’Donnell. But that’s probably just the Marine in me.

In all seriousness, the writer Leo Frankowski noted that our “cultures all develop blind spots, things that they don’t even think about because they know the truth about them.” I would argue that we actually do think about those blind spots, but in the tempest of irony that underwrites our polarized age we are mostly incapable of having a productive conversation about any of them.

Which probably shouldn’t be surprising since we are the same people who have been enrolling generations of our children in sociopath academies–by way of hours upon hours of violent media and video games–and are still somehow surprised when they show up to school with a black heart and a gun.

It only takes about three minutes observing one of the pancake panels on major media to see that our ability to have a reasonable conversation has been industrialized into an empty marketing ritual. Which is fine, I suppose, except that in the process the once valuable skillset of give and take, of reasoning through a set of differing opinions, isn’t written into the script.

Our founders envisioned Congress to be a part of the solution to this well-known problem of human cooperation, but even Congress can’t manage an approval rate much higher than 15%, so it’s probably better not to pour a whole lot of hope into that vessel either.

Some days, and I’d guess many of you do too, I feel like the character Bancini from the film version of One Flew Over The Cuckoo’s Nest. In the film, you might recall, Bancini grows increasingly agitated until finally he stands up and wanders into the middle of a group therapy session gone alarmingly sideways. “I’m tired,” he says, to no one in particular. “I’m tired and it’s a lot of baloney.”

For his troubles, and while endlessly insisting that he was tired and it was a lot of baloney, Bancini was finally hauled away by the orderlies. But that doesn’t mean he wasn’t on to something.