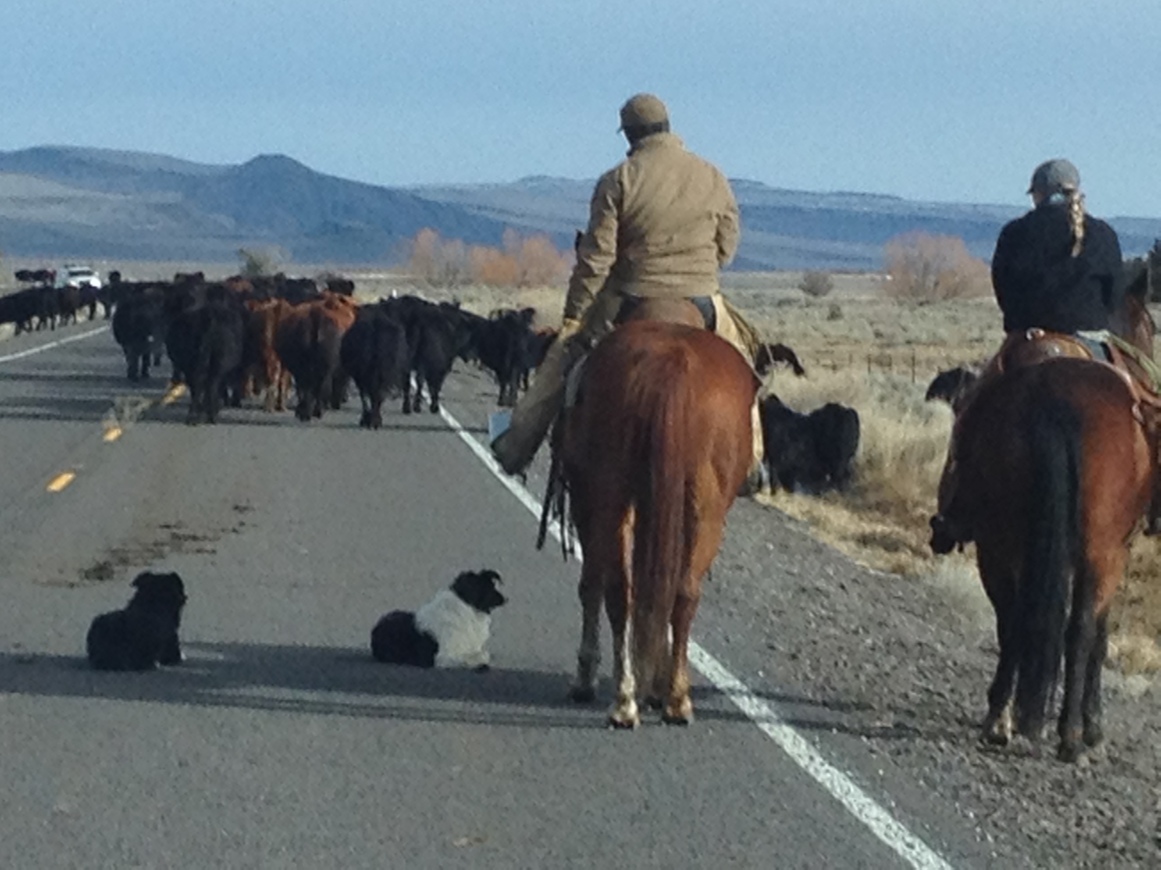 Recently, I was contacted by Dietrich Waller, a blog reporter from the German fanzine Der Luftballooner with a request for an interview.  Though this blog has a low readership in Germany, I was surprised and consented to spend a few minutes with Dietrich.  It was an enjoyable conversation.  Here is a segmented transcript of the interview, published by permission from Der Luftballooner.

DW: What are you reading?

CR: Well, I’ve just emerged from an obsession with Napoleon, but I usually have five or six books in the hopper at any one time. I am just now finishing a great read on the first winter ascent of Denali, Minus 148, which is a terrific look at how even the most solid friendships can unravel in bad conditions. The mountain itself does that, or maybe it just exposes the people who flail against it, blowing up their carefully created self-images. The mountain breaks them down into very small pieces. They have to rebuild those pieces under the worst possible circumstances simply to survive. Interesting stuff.

CR: Well, you have this weird little Corsican, who speaks terrible French, comes from modest means, flails around for a while, so poor he can’t even buy a proper pair of boots, and ends up in short order crowning himself emperor. He’s another classic example of an intensely passionate man, full of good ideas—and some bad ones–who lives an incredible arc of experience and ends up consuming himself.

CR: Virtually. In a windswept house—overrun with gigantic rats, incidentally—closely minded by his British keepers.

DW: In your posts you occasionally write about corruption in the American police. You seem to have a dim view of police leadership.

CR: That maybe overstates it, but you are in the ballpark.

CR: I think there are some very good people doing a very difficult—almost impossible job, some honorable, moral, honest people who use whatever discretion they have left to solve an unreal list of human problems. I think that description accounts for the majority of men and women who pin on a badge and wade into the sludge—and it is nothing but sludge out there. But my brushes with police administrators revealed a different kind of person.

CR: Well, once they achieve a certain rank they become politicians, essentially, which means that you can’t listen to anything they say. You have to watch what it is they actually do to find out what they are about. What they do, typically, what they excel at doing, is keeping people off balance in the work place. They lie. They conceal. They are routinely evasive and self-indulgent. They build mirages and promise everyone there is water on the horizon. Old political tricks. It’s a disgusting and base kind of control mechanism employed by very small-minded and nervous functionaries. It betrays an absence of any real leadership skills, which is why they have started calling themselves managers. Words matter, and that language is revealing. And some of them aren’t even good people, when you find out about their behaviors in various circumstances. But they parade around under this manufactured veil of authority, spouting one-liners about leadership they pick up from masturbatory leadership retreats and waiting-room handbooks while simultaneously engaging in domestic scenes with their mistresses in the parking lot, or driving around the city in police cars while boozed up—and much worse behavior that gets lesser employees fired outright. They represent a microcosm of what is wrong with American leadership across the board: do what I say, not what I do. And they aren’t even good managers, frankly.

DW: Does your anger at them cloud your judgment?

CR: You misunderstand. It isn’t anger. To begin with, anger only looks backward. I’m too busy enjoying my life for that, and I would have to believe that they were capable people in order to be angry at them–it’s simply disdain. When a high ranking police official takes lines that I wrote for a dead cop’s eulogy, and uses them at a retirement party, you realize how depraved, and unoriginal they are.  What’s that line, “The banality of evil”?

CR: Yes. She was talking about the consequences of blind obedience. Most of the people I am talking about are the result of an incestuous system that gives lip-service to notions of leadership and—their favorite lie: the police family–but is really designed around blind obedience and consolidating their own inflated sense of self worth. The promotional process revolves around this sickening “kiss the ring” kabuki—which is how you end up with these people. And sadly, the stakes are very small. Outside of the building, no one on earth gives a shit that they wear bars or stars on their collars. They are insects—the worst kind because they survive by consuming their own young.

DW: They are threatened?

CR: Real leadership is threatening. When they see it, they will skyline it and try to destroy it. It’s dangerous to their existence. To survive in that atmosphere as an employee is to be forced into a guerilla warfare mode, to adopt a War of the Flea mentality. And that’s inside the department—the streets are actually easier. But they will bury you otherwise. It’s what is happening all over the country, they just do it in the petri dish of the police department.

DW: You used to be a teacher, a lecturer?

CR: In a different universe. In the long, long ago.

DW: Did you lose interest?

CR: To some extent. I’m afraid of the idea of teaching to tests or rubrics, and I have a problem with greasy administrative types, obviously. I think the whole teaching to a test idea does a terrible disservice to the student.

CR: It puts the teacher and the student in a box.  I remember a composition class I was teaching once, where I ended up showing a class full of beer and pizza soaked college sophomores how to build improvised claymores. They wanted to know, and so I taught them. They loved it—I’ve learned that sort of lecture is actually a crime in modern America—and they wrote some great essays about using force to defend human dignity, or not—it was their choice–but I would probably be in jail if I tried that today. And it’s the only way I know how to teach—outside the box.

DW: How would you assess modern America?

CR: We are in trouble.

DW: How? Or maybe you could say why you think so?

CR: In a nutshell?

DW: Well, we will use it if we have the space.

CR: Okay. Last night I saw a news report about a terrible snowstorm somewhere back east. Cars backed up for miles on an interstate. The people had been in their cars, some of them, for 12 or 13 hours, waiting for the roads to be cleared. Some intrepid reporter snowshoed out there and got a woman to talk to him. She ranted about being stuck in the snow, how inconvenient it all was, and kept repeating this revealing line: “And no one has brought us any water or blankets or anything.”

DW: You are speaking of self-reliance, then?

CR: Maybe in broad strokes, certainly the lack of self-reliance in this case, but mostly I am talking about taking responsibility and behaving like adults. We have become a culture that does a number of things very badly: we blame everyone else when something goes wrong, and we expect everyone else to fix things we could have prevented in the first place. That’s a depraved and childish mindset, but it gets reinforced at every turn.  The lawyers keep winning and we keep getting dumbed down.

DW: Are you political then?

CR: Only insofar as I have an opinion about the government, and believe that it has limited function, and the rest of the time should leave us alone. I strongly believe that about 50 percent of police activity in this country could disappear tomorrow, in most places, without any harm—and perhaps to great benefit, given that two drunk college kids fistfighting outside of a bar usually solves itself.  But we have created a dependency atmosphere. It’s become a throwaway mentality: if you see a shitbird, don’t approach him, let the cops handle it. Screw that. Not so many years ago grown men and pissed off mothers would knock the piss out of him and hold him until the sheriff arrived. In some ways, they have inculcated this nanny state mentality so deeply it is terrifying. It’s odd to me that that notion—limited government intrusion, self-reliance, common sense–which is the bedrock foundation of our country, seems to have been entirely reversed.

CR: Always. Often times I am forced to write in a candidate, given the abysmal choices. I have voted for Jim Harrison and Thomas McGuane several times. Look, it may be that the country is becoming ungovernable under the weight of so many people. Certainly it won’t look like it does now in 200 years, it can’t. History shows that it can’t. It will be a catastrophic convulsion, but perhaps something better will emerge, something smaller that returns power to individuals and that holds onto some of those values we seem to have abandoned.

DW: And in the near term, say five or ten years, where will you be?

CR: (Laughs). Geez. I dunno. I may be manning the barricades, potting jackboots who are storming the walls, or just plunking along the road with a knapsack and a pocket full of appleseeds, following the “Narrow Road to the Deep North.”

CR:  Well done. I think you and I can be friends.