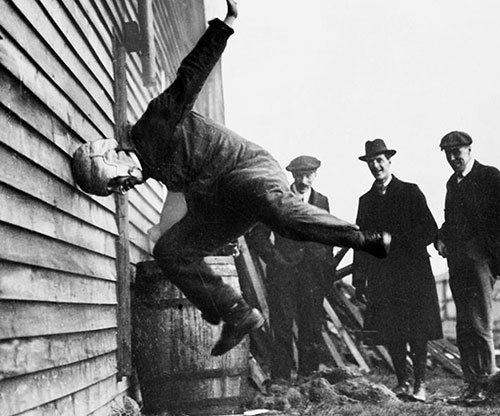 So there I was, prepping to grill a tri-tip for the Big Game–which I now watch less as a fan than for the window it opens into the study of human history–think Coliseums flooded with gladiators–when they hauled out Joe Namath, only recently thawed from the deep freeze where they keep him between games, and parked him in the middle of the screen.  “It’s crazy to think,” Joe opened, flashing that brilliant smile, “about how long the world has been around.”  Cue the music, roll the grainy tape.  I was instantly transfixed, virtually cemented to the floor in our kitchen.  I yelled out to Wendy:  Joe is going to take us for a ride, and it’s going to be awesome!

And so he did, a bumpy perambulation through all 50 mossy years of Super Bowls.  Wow.  To be fair, CBS gave Joe some help.  It took an entire crew of spiky millenials to dive that deep into our human past, to pull the real zingers from it, and they made a bang-up presentation in under four minutes.  It wasn’t exactly thoughtless, this historical tour de force, and Joe was the perfect docent, now that his finger wagging walk-off after Super Bowl 1 has been surgically implanted in our collective minds, and he exists, sans fur coat, in that airy pantheon of dubious athletic heroes.

But I will say that Joe, who as quarterbacks go is something historically akin to a General Black Jack Pershing, having come up in a much severer school, wound up as the perfect foil for the antics of Cam Newton, who displayed for the entire world the millennial approach to cool leadership under fire, and whose post game fugue will be studied by generations as the apex of bravery and class in the face of defeat.  Perhaps if he had dyed his hair gray… As an adult, I don’t know what to make of this Super Bowl stuff anymore.  Watching the game, I’m much more interested in how they are staging it, and paying attention to the images and the presentation as a reflection of our culture.  The coliseum comparisons are natural, if a little bit too easy, and I can work myself into a kind of titillated academic fervor–particularly when the cameras pan through the crowd and I imagine them as Roman crowds, supporting their factions, rising to their feet, filling the ancient air with groans and cheers, or leaning over the walls to get that much closer to a chariot churning up dust in the Circus Maximus.

And all of that history isn’t european, of course.  Closer to home we have the ball courts of the Mayan, where they played Pok ta Pok, a game where the losers, we are told, were often, or maybe always, ritually sacrificed.  Wupatki, in Arizona, is also an excellent example, and we are told similar courts are found all over the southwest and deep into Mexico.  A tour of Wupatki simply seizes the visitor by the short hairs, demanding strict attention and reverence.  Much of the southwest has that effect–at least for this aging grub liner.

Some day, it seems likely, they will say the same about baseball diamonds and gridirons–we find them all over the place, what a spirited and athletic bunch they were–and someone, for a graduate thesis, no doubt, will postulate that football was played by slaves and that game-blowing closers were hauled away to summary execution. 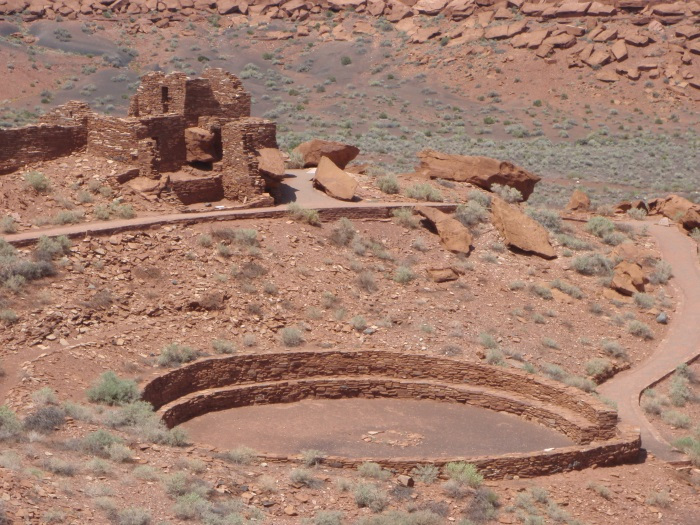 So we’ve been at the spectacle of these games for a long time.  I just wanted to make that clear, since CBS obviously couldn’t.  But after writing this, a post falling well short of the treatment this topic deserves, I’ve decided to jump on board with Broadway Joe, for convenience sake, if nothing else.  The clock is always ticking, and he’s right, after all.  It is crazy, simply batshit nuts, to think how long the world has been around.