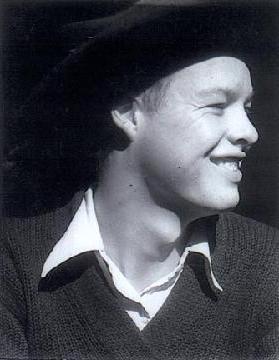 “I prefer the saddle to the streetcar and star-sprinkled sky to a roof, the obscure and difficult trail, leading into the unknown, to any paved highway, and the deep peace of the wild to the discontent bred by cities…It is enough that I am surrounded with beauty.”  Everett Ruess

Last night I dreamed of Everett Ruess.  I have no idea why this happened, except that I have long harbored an enchantment with his legend, and like to imagine that I have enjoyed some measure of kinship with the driving force behind his repeated travels into the offing.  Reading his letters, one is compelled to share intimately in his dream, that particular and consuming fascination with the boundless beauty he found and explored.  It wasn’t enough for Ruess to nibble around the edges, he went all the way in, and in the event, never came out.

It’s dangerous to talk about dreams.  They are a personal delight, or torment, a Dali-esque funhouse better kept to oneself.  The thing is:  most people don’t care about your dream, because they can never crawl inside of it with you.  They may feign interest, even laugh or be startled alongside of you–but the truth is they have their own, and yours are probably boring.

But I’m going to do it anyway.

In police work, and other martial pursuits, there is a phenomenon known as “the gun dream.”  In this dream one is confronted with a situation requiring the use of a firearm.  For instance, an enraged man attacking the dreamer with a knife.  The dreamer pulls his weapon in order to end the threat but the gun won’t fire.  I’ve learned, since first experiencing this horror, that there are multiple variations on this theme, but in my case, the gun was inevitably frozen, and no matter how hard I pulled on the trigger, it refused to operate.  The dream is recurrent and though the precise circumstances change, the problem with the gun is absolute.  The result of the dream could be a dissertation on a theme of night sweats, or what my wife started calling “Sleep-Fu”, which is when I would suddenly erupt in a full blown fight with the mattress or pillows in our bed.  That happened more times than I would like to remember.

But that isn’t all.  Shortly after my bouts with the gun dream began, which was very early in my career, I was sharing this phenomenon with a veteran officer, and a friend, in an alcove where we would sometimes meet between calls for service for a cup of coffee.  He listened to me closely, then turned to me knowingly and asked, “Have you had ‘the suspect dream’ yet?”

And hence I learned of the companion piece to the gun dream.  In the suspect dream, which I began to enjoy sometime later, as a detective, the dreamer is mortified to learn that he is the primary suspect in a heinous crime, though he hasn’t done it.  This dream comes with a mother lode of indescribable doom, and pure desperation.  There is no escaping from it. 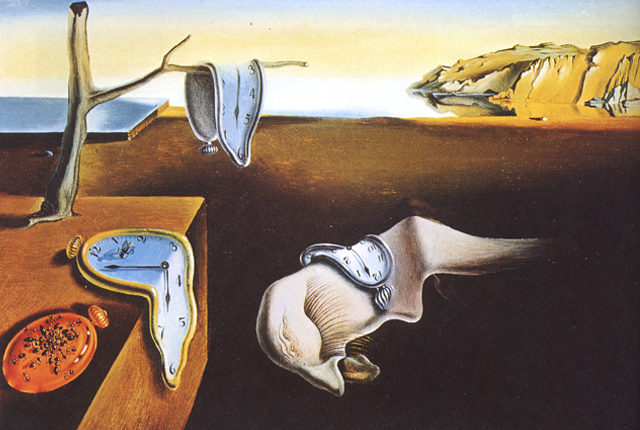 Dali, The Persistence of Memory

I did a lot of work to unravel the mystery of these dreams, and once went to a Bulletproof Mind seminar to see Colonel David Grossman, who has studied the psychological costs of learning to kill, or to confront violence, and now trains others to better deal with repeated dunkings in the booth of conflict.  On the second or third day he came around to the gun dream, and asked for a show of hands.  Every hand in the room went up, which I think surprised everyone except Grossman.

Grossman’s cure for the gun dream was to get in the range and keep shooting.

I don’t know why my dream of Everett Ruess would necessarily remind me of all this, except that I don’t have them anymore.  The sick part is, there is a small voice in my head that keeps wondering if not having the dreams is an indication of indolence and weakness. I know that isn’t right, even as the little voice sits back in the corner of my mind, chipping away like an arrogant crook in the back of a squad car.

I’m certain Everett never had the gun dream.  He had others.  He tells it best:

“Say that I starved; that I was lost and weary,

That I was burned and blinded by the desert sun,

Lonely wet and cold, but that I kept my dream.”