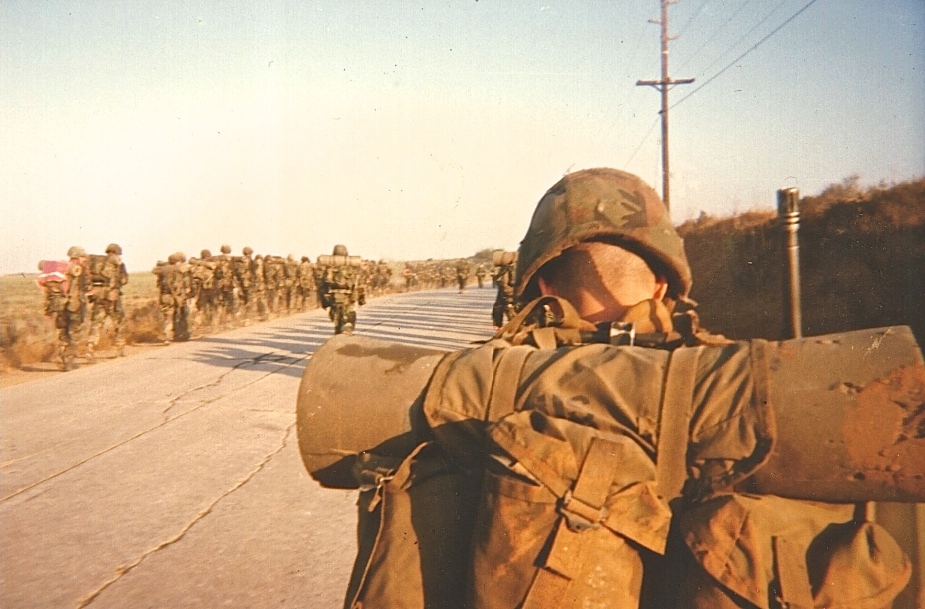 Pain is Discipline.  Camp Pendleton.  Photo by the author.

“The Road March is the crucible in which the soul is refined. Pulling a trigger is easy. Humping the load over the distance is where you find out who will be on the ambush site to pull the trigger with you.  The Road March defines you.  Never quit.  Come in ugly if you have to, but come in.”

–from Leadership and Training for the Fight, by MSG Paul Howe.

Humping conjures up memories, mostly bad, of notorious firebreaks with names like Iron Mike, The Reaper, and Sheepshit, the hills of Camp Pendleton, where generations of young Marines have been broken, have fallen out of humps and been swallowed up by the “shame train,” or “the loser cruiser,” those dark and forbidding trucks that follow along behind every road march like wolves behind the caribou, looking for the sick and the weak and the old.

Humps come in all sizes.  There are short humps and long humps, workup humps and conditioning humps.  They are all humps.  Once, there was a 100 mile hump, which I was doomed to participate in, and 100 miles of workup humps before the actual 100 miles of the Official 100 Mile Hump.  The official hump began somewhere near Hemet.  I can’t remember precisely where.  It was a cow pasture.  There were some trees.  I remember it was cold and the water in my canteens was frozen on the first morning.  By noon it was blazing hot and we were powering through some National Forest, the jokes all told, the laughter dead, the back gates of Pendleton a mental mirage, leaving only miles of personal suffering in the offing. 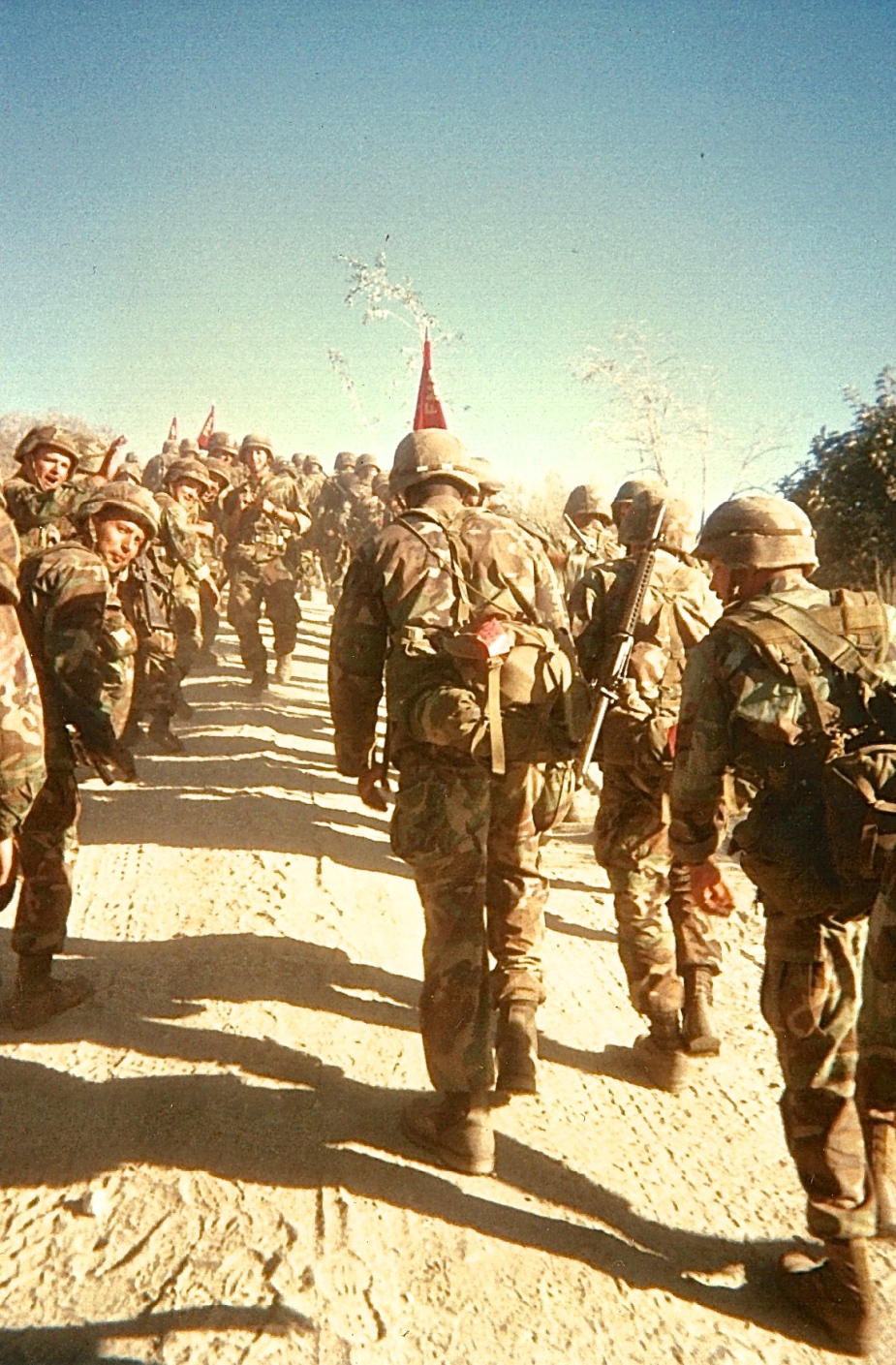 “It’s twenty-five marches to Narbo, It’s forty-five more up the Rhone, And the end may be death in the heather, Or life on an Emperor’s throne.”  Kipling

I can’t be entirely certain why the horrors of humping–though they are precisely necessary and serve their purpose perfectly, have revisited me lately.  It might well be my recent foray into Facebook, where I have reconnected with many of those with whom I suffered countless numbers of humping horrors.  It might be that.  It might be that I sometimes wonder what happened to all of that energy and mental toughness.  I think I had both of those things then.

It might be because I have been thinking a lot about what leadership looks like lately–given the strange somnambulant paralysis that seems to have overcome those who are supposed to be preserving, protecting, and defending our nation.  And that’s as true on the local level as it is on the national level.  It leaves many of us just scratching our heads, thinking that something is strangely, and inarticulately, wrong.

Retired Army MSG Paul Howe, in his excellent book “Leadership and Training for the Fight,” talks at length on the benefits of the road march for developing leaders.  Says he:

By the end of the Official 100 Mile Hump my feet had been warped from useful appendages into searing patties of burger.  The entire bottom of my left foot was an enormous blister, and the bottom of my right foot was an unrecognizable scramble of blood, benzoin, strips of flesh congealed with wadded moleskin, and remnants of sock.

I can remember the last halt we enjoyed before clunking through Fallbrook and into the back gates of Pendleton–which still left several miles, but at least we were inside the gates–and crawling on my hands and knees to refill my canteens.  I wasn’t alone.  We crawled around in the bush, a company of us, eyeballing each other like lunatics, our feet throbbing as if someone had pounded nails into them.  But there was never a thought about falling out, about quitting.  The quitters were long gone, trucked away so that their shame wouldn’t infect the survivors.

I guess what I’m getting too, ultimately, is that we have absolutely no idea who we are electing anymore.  When the First Marines finally marched into Camp Horno, singing the hymn, the hump complete, we had a fair estimation of who we were.  We had sized ourselves and we had learned our weakest points, as individuals and as a team, and we set about to fix the problems.  But who are these people seducing us for our vote?  What do we really know about them?

I’d like to find out.  I’d like to saddle up and go on a road march with the candidates.  I’d like to haul them up old Iron Mike at a Fleet Marine pace and see how they perform wearing boots made by the lowest bidder, a pack that cuts into their shoulders and numbs their hands, and a rifle that just won’t get out of the way.  I’d like to see how they carry that tremendous load of hubris up to the top.  I’d like to get that window into their soul, out there, on some dusty firebreak in the heat of summer, where there is no place to hide.