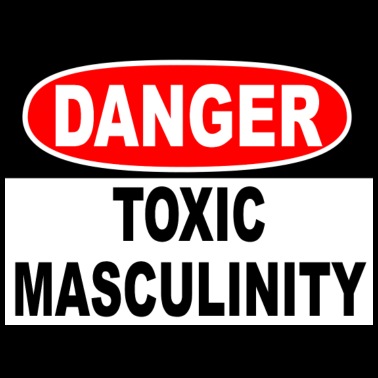 Now that the APA (American Psychological Association) have decided that the political opinions of psychologists are a legitimate factor in mental health care decisions, we’ve reached another checkpoint on the battlefields of American culture.

Under the guise of concern for “the impact of power, privilege, and sexism on the development of boys and men and their relationships with others” – the APA has helped to create, legitimize — and now openly supports — a burgeoning new mental illness known in popular jargon as “Toxic Masculinity”.

Essentially it boils down to this:  If you are a man, there is probably something wrong with you.

Imagine the possibilities. Claims of Toxic Masculinity, which is really just a new paint job on old Bolshevik furniture, can now be used to discredit or destroy any individual — preferably white heterosexual males — or any power structure involving men that the newest American Cheka find offensive.

If you fail to see the danger in this kind of thinking, consider this: the APA’s guidelines can be used, and eventually will be used, to inform legal proceedings, and therefore these opinions will become relevant as an element of law enforcement or in the outcome of civil disputes, like divorces and child custody.  The guidelines can be used by various arms of government to pry into the workings of your friendships, your family relationships, and even the sanctity of your home.  In the wrong hands, they will become a tool used against men and boys who stray from the APA’s idea of acceptable maleness under the false-flag of “helping” them.

The phrase Toxic Masculinity is, in fact, an allegation, a blanket charge tossed over every man in America every time it is used, and is only a few steps removed from becoming a device for banishment, persecution, prosecution, and possibly even imprisonment.

It gets worse, of course. Proctor and Gamble, which between 2017-18 spent over 5.5 million dollars on political lobbying – which is the American business practice of buying votes — last week released an internet advertisement that appears to lay each and every contemporary social ill at the feet of the American male.  Bullying? Check.  Sexism?  Check.  Privilege? Check.  Competitive Nature?  Check. Racism?  Check.

P&G, and subsidiary Gillette, seem to believe this campaign will help sell razors — by tapping into some phantom guilt, or phantom damage, that men are allegedly suffering from and carrying around in their beards and mustaches.

It’s notable that there is no mention or hint of a parallel Toxic Femininity anywhere, even though every single one of the behaviors assigned to men as toxic are also behaviors found in women.

Perhaps you see the problem here.  Not only does Toxic Masculinity smack of old bad ideas repackaged with slicker phrasing, it also smells a lot like such long discredited “sciences” as phrenology, which was racism used by quacks to bolster the legitimacy of slavery.

This sort of politics, masquerading as science in an attempt to claim legitimacy, isn’t new.  It was also a favorite tactic of the 15thcentury, as Bill Schutt writes in his book, Cannibalism,  “…when millions of indigenous people living in the Caribbean and Mexico were summarily reclassified as cannibals for reasons that had little to do with people-eating.  Instead, it paved the way for them to be robbed, beaten, conquered, and slain, all at the whim of their new Spanish masters.”

What’s even more disingenuous is the APA’s bait and switch routine, which finds them backsliding — after the release of their guidelines met with appropriate dismay — from the grossly blanket generalization that men are essentially rotten, into a position that now says: that’s not what we meant.

Of course it’s what they meant, and the APA knows it.

It’s hard to escape the notion that this new phrase isn’t just another attempt to control people with opposing views. Among its proponents are many of the same crusaders, after all, who believe that if they don’t like something about you or the way you live, they have the right, even the moral imperative, to take it away from you.

This is the same sentiment, by the way, that underwrites Oregon’s SB 501 which, if passed, would instantly criminalize hundreds of thousands of people without them ever having committed a crime.

And if that isn’t Bolshevism, it’s hard to know what is.

There is another way to live, of course — much easier, and far more fun — which is to take people as they come.  Because some people are fantastic finds, while others are more like Superfund cleanup sites, and gender doesn’t have anything to do with it.

Lately, I find the most toxic people come in a mixed bag.  What unites them isn’t some gender-based predisposition, it’s their intense and overwhelming desire to take things away from other people.  And there doesn’t seem to be a limit on what they want to take.  It might be your guns, your dignity, your voice, your vote, your religious beliefs, your money, or just your point of view.  It might even be your job, which toxic people in Sisters even tried to do to this column, once — when they just couldn’t tolerate an unrepentant voice for freedom.