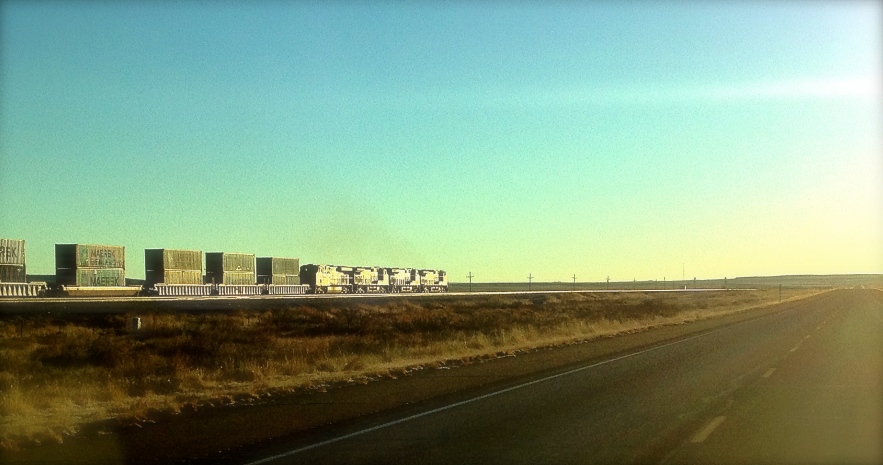 Last week we butchered the turkeys. I can admit that I didn’t feel good about it–who would–but it was time. With the deep snow our henhouse simply wasn’t big enough for the turkeys and chickens to live in bird-harmony anymore, given that the turkeys were approaching forty pounds each, and acting like jerks. So, reluctantly–I liked those turkeys quite a bit–I hauled them out one at a time and gave them the most humane death possible. And that’s the way it goes when you are swimming against the depressing national tide of dependency, trying to learn something about life, and death, and make even small strides toward self-sufficiency.  They dressed out very nicely and we now we have two large turkeys in the freezer, next to the elk.  And then we drove to Texas. 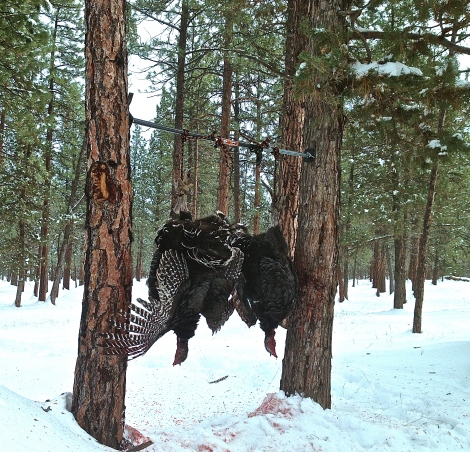 Here’s a recipe for fun: rent a mini-van, fill it with guns, dogs, food, water, night vision, a trauma kit, and extra blankets for emergencies. Wake your wife up very early and put her in the passenger’s seat. Then drive to Texas. If you live in Texas, this won’t seem like much, given that fully half of the trip is actually IN Texas, but if you are in central Oregon and have mapped a route through Idaho, Utah, Colorado, New Mexico, west Texas, central Texas, and finally the city of Austin, and if you add in two blizzards and motels along the way whose advertising slogan is: FREE MARGARITAS WITH FIRST GRAM OF METH, you might develop a sense of scale. Thanksgiving, which is my personal favorite of holidays, is worth it, and so was the chance to spend some time with my sister and her family.  Don’t get me wrong, we could have flown to Austin, but I’m personally tired of warrantless searches conducted by TSA Agents of dubious credibility, baggage fees, delayed flights, and impossibly small seats, all for the privilege of saving time while sitting next to an angry, burned-out, Lamest Generation militant lesbian who sits in your seat, doesn’t wear shoes, is doused in patchouli, and sneezes all over the window.

So we drove. A road trip of this dimension becomes, ultimately, a series of lists. River crossings, for instance: the Malheur, the Sylvies, the Snake, the Colorado. Or weird settlements along the way: Brothers, Helper, Price, Shiprock, Sudan, Art, and Muleshoe.  Or even weather events: wind, rain, snow, icy haboobs, a hole in the sky, or glorious sunshine.  Keeping track of it all while bombing down the highway is a difficult task, and when it’s over much of the trip seems a fantastical blur, but there are always standout moments, still-frames or slow reels of people and places, of conversations, or mere impressions that linger long after the road-hum has worn off.  And for me, who last completed a highway trip of this magnitude thirty years ago, with my dad, in a U-haul van, it was interesting to see again, at ground level, so much of our country.  And it wasn’t lost on either of us that not so very long ago, a version of this same trip took six months or more, that people died and were born along the way, and that when they finally landed there were no hot showers, comfortable houses, or a telephone to let someone know you had arrived.  And I think that was one of my primary takeaways from this trip:  the incredible human industry that has built this country up into a place of such ease and convenience that perspective has largely been lost.  We are never more than three meals away from utter chaos, as natural disasters have repeatedly shown us live on CNN, and it occurred to me, as we drove through the dry land farming country of southern Colorado, or the endless cotton fields of west Texas, that the fragility of our complex system has never been more acute.  We forget, or perhaps we have largely forgotten, the hard lessons of determined vision and tireless work that created all of this ease and convenience, and it seems that we fail to pass them on at a very real, and very considerable, risk.

Which brings me to Utah.  I’m sure that the Greater Salt Lake area has much to offer, though we didn’t see any of it.  It would be easier, I think, to find a sausage sandwich in Medina than it was to find a cup of coffee in Provo on a Sunday morning.  To begin with, there is no Starbucks, and the clerk at the Chevron station skewered Wendy with a Body Snatcher pod-person scream when she asked if they had any coffee.  Contrary to popular belief, the world isn’t fueled by oil.  It’s fueled by caffeine, but asking for caffeine or a decent dollop of booze in Provo may still be a jailing offense.  The night before, at a restaurant boldly advertising that they had been voted “Best Steak in Utah,” I was served a napalmed Top Sirloin, unfit for human consumption, and was unable to order a double Jack and Coke to kill the body vibrations from a 718 mile drive.  I struggled to prevent myself from the indulgence of a Five Easy Pieces moment, and can report true elation in the morning, in spitting snow, when we pulled out of that monstrous, infuriating, 80 mile stretch of walled city known as Logan-Layton-Salt Lake-Provo, with its terrible drivers, weird smells, ruined steak, abysmal whisky drinks, and rude people.  But that elevated mood only lasted for thirty miles, when we steered our flimsy Chrysler Town and Country due east, through Spanish Fork, and up into a raging whiteout blizzard in the Wasatch Mountains and the bleak, jerky and hardtack outpost of Soldier Summit.  We made it through that righteous blizzard by sheer luck, following in the snow-blowing wake of an eighteen wheeler, and descended into Price, Utah, where two wonderful women from a different universe were baking fresh bread in the gas station convenience store.  Real bread, with real hot coffee on the burner, which they were happy to sell, while the wind was blowing ice and snow out of the canyon and the snow fences were disappearing.

East and South then, through Green River and the Subaru Syndicate town of Moab, with its hordes of mountain bike bandits in hilarious mountain bike gear, and on, through Monticello where we ate Burger King chicken sandwiches in a shrieking barbed-wire wind and gave the dogs a cheeseburger each for their incredible patience and long suffering in our service.  The wind had not let up since we first began our climb into the Wasatch range, and out on the high plains it was simply fierce, great balls of tumbleweed skating across the road and sticking in our grille, gusts buffeting the car, blowing us into the wrong lane, teasing the high profile big-rigs who swerved like drunks to keep their vehicles between the lines and out of the ditch.  But we kept at it, already feeling like old road hounds, scooting across southern Colorado, south from Cortez into Anasazi country, and finally into New Mexico and onto the Great Navajo Nation, littered with ransacked single wide mobile homes and collapsing hogans, where native deejays played George Jones and Freddy Fender on AM 660 while cutting-in between songs to sell Cellular One plans in the Dine’ language.  There is perhaps no better illustration of colliding cultures than the Navajo Nation, where old Spanish suits of armor still rust in desert caves and kids in Shiprock dress up like south LA gangsters, complete with decidedly un-Navajo sneers.  East again, out through Farmington and south, through the Jicarilla Apache reservation, past Zia Pueblo in an icy haboob, and into Albuquerque, with its slingshot freeway offramp bridges, and due east on the legendary Hwy 40.  Our goal was to make Lubbock, Texas, that night, for a visit with my friend from the Marine Corps, Casey Smith, and his family, which on any other day might have been a reasonable expectation, but the blizzard had cost us hours, and the wind was rapidly sucking our energy, so we determined to make for Santa Rosa, New Mexico, at just about the time the sun fell out of the sky and we drove into our second blizzard of the day.

Tomorrow:  Billy The Kid, Muleshoe, and The Chiminea Debrief