Last Stand Hill, Little Bighorn National Battlefield.  The black marker in the center denotes the location where Custer’s body was found.  Photo by the author.

My obsession with the Battle of the Little Bighorn is my father’s fault.  When I was ten years old he flew us from Van Nuys, California, to Cody, Wyoming, in his light airplane.  We made a stop for fuel and a burger in Provo, Utah, then carried on, grinding over the rockies in magnificent turbulence and where, for the first and only time, I barfed all over the instrument panel.  We were on the heels of a ferocious storm, and when we landed in Cody there were airplanes, ripped free of their tie-downs, sitting wrong side up all over the tarmac.  We rented a car from an absolute lunatic at the Cody Rent-A-Wreck (it was) and took a room–the Phonograph Jones Suite to be precise–at the Irma Hotel.

Next day we bombed out to the battlefield, which is when my obsession began.  We spent hours there, walking the entire length of the battlefield–it was walk-only in those days, and a much better experience–from the ford where Reno attacked the south end of the camp, to Last Stand Hill, studying maps, and thinking the country back in time until I could almost hear the gunfire, the cries of the men and the horses, could feel the heat and the dust, and could imagine looking down across the river to see the largest gathering of plains Indians ever.  It was big medicine, then as now.

If you share any part of my obsession with this event, you are likely aware of Kate Bighead, the Cheyenne woman who witnessed the fight from its beginning–she was bathing in the river when Reno began his charge–to its chaotic conclusion, and has bequeathed to us a fascinating account.  But not without controversy.  In her telling of the fighting she says she witnessed many of Custer’s soldiers killing themselves.  Describing a desperate charge–or perhaps an attempt to escape–by mounted troopers down a coulee toward the Little Bighorn river, she says:  “I saw one of the white men there kill himself, with his own gun, just after they got off their horses.  Soon afterward I saw another one do the same act.  From where I was I had a clear view of the soldiers..I think that only a few soldiers, maybe not any of them, were killed by the Indians during the few minutes of fighting there.”

Bighead also describes the last few moments on Last Stand Hill.  “The shots quit coming from the place where the soldiers were lying behind their dead horses.  All of the Indians jumped up and ran toward them, supposing all of them were dead.  But there were seven of the white men who sprang to their feet and went running toward the river…there was such a rush and mixup that it seemed the whole world had gone wild.  There was such a crowd, and there was so much dust and smoke in the air, that I did not see what happened to the seven men who ran down the hillside.  Hundreds of Sioux and Cheyenne warriors were after them.  The talk I heard afterward was that all of them, and all of the others who had been hidden behind the horses, killed themselves.”

The controversy from Bighead’s interview with Thomas Marquis, given when she was eighty years old, was immediate and intense, though not entirely unique.  Wooden Leg, also a Cheyenne, and who participated in the fighting, made the same claims.  These claims of suicide amongst members of the U.S. Army were loudly denounced by many, who saw them as giant stain on the honor of the cavalry and U.S. military tradition.

It has been postulated, and perhaps with some legitimacy, that many of the natives who made these claims, not trusting the whites, did so because they feared prosecution for telling of their roles in the battle.  Many of the participants were notably reluctant to discuss the battle at all with white historians.  And that makes perfect sense, given that they had absolutely zero reason to trust the motives of white men, no matter how many years had passed, or how innocent the line of questioning.

But rejecting, out of hand, the notion that troops from the 7th Cavalry might have killed themselves, or even each other, perhaps even in large numbers, is foolish.  What would motivate Kate Bighead to lie about seeing soldiers shoot themselves?  In all other aspects her interview appears perfectly reasonable and factual.  It seems unlikely to me that she simply made it up.  A forensic examination of the language she uses is important, given that she is quite clear when she tells us what she saw happen in the first instance, and references what she was told had happened in the second.  The distinction is important and I think sufficiently buttresses the truthfulness of her account.  I think at least some of the men at the Little Bighorn killed themselves. 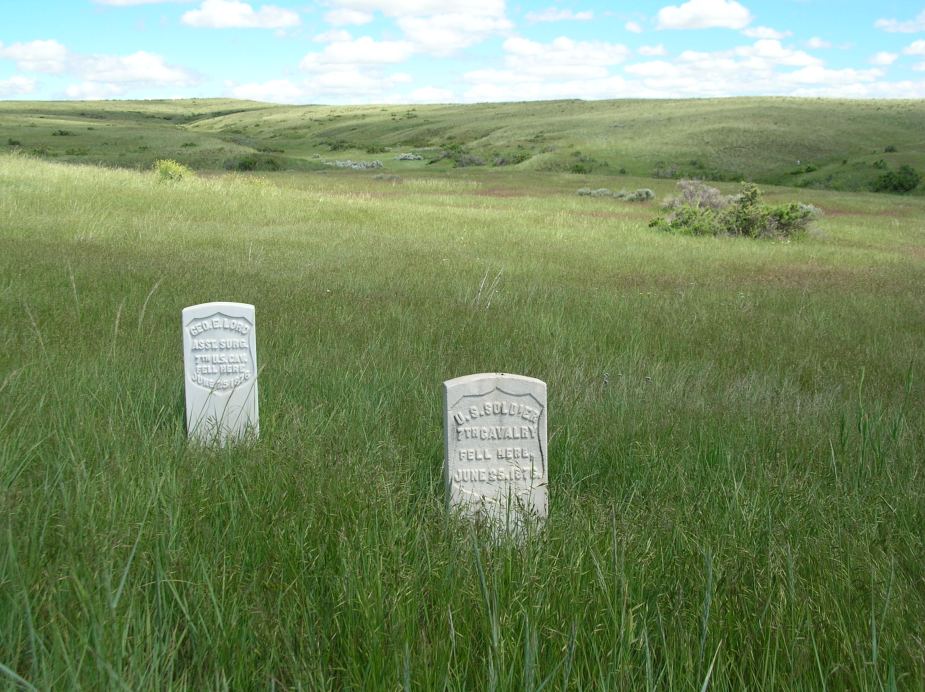 The late John Keegan, for my money the best military historian ever, writes in The Face of Battle “the rhetoric of battle history,” by which he means “that inventory of assumptions…that is so inflexible and above all so time-hallowed that it exerts virtual powers of dictatorship over the military historian’s mind.”

I’m not breaking new ground here, but I wanted to stand up for Kate Bighead this morning.  I think her testimony is reliable, and that it is highly probable that troopers shot themselves, and shot each other, in a strange fugue state of panic  Somewhat removed from the fight, she would have enjoyed a much broader perspective of the battle, and the freedom, as she moved around, to focus on individual dramas as they played out in the heat and the dust and the sagebrush.