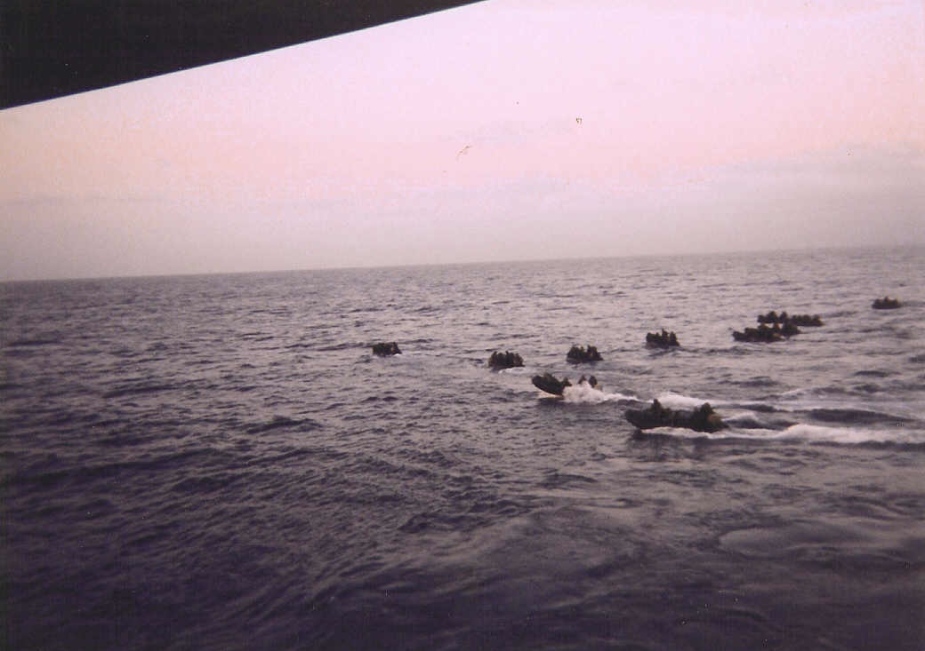 *This piece originally appeared in The Nugget News, February 24, 2016

Next month I have the distinct privilege of traveling to Arizona with Sisters-based Warfighter Outfitters, and the occasion has caused me to think deeply about my service, and some of the larger characters who inhabited that world.

I was a Marine, with Bravo Company 1/1, deployed twice to the Persian Gulf, and those men are among the greatest friends I will ever know. I am in touch with many of them, but it is some of the others I am thinking about now, those characters who have faded as the world turned and we rotated out, but who left an imprint forever stamped in my mind.

I think instantly of Newberry.

Lance Corporal Newberry was a liberty risk. Everyone knew this. In a world of rigid discipline, where young Marines were routinely made to bear-crawl up the steep hills of Camp Pendleton, or run repeatedly up even steeper hills to sit under “The Tree of Knowledge,” or to cover and align woodchips in front of the barracks, or to stand barefooted in the commode, wearing a gas mask and a flak jacket while singing the Marines’ Hymn under a fusillade of darts, Newberry’s tireless and smiling accumulation of derelictions found him most often confined to quarters, doing thousands of pushups in “incentive training” sessions, or pulling an endless series of 24-hour guard mounts around Camp Horno.

In an environment where conformity is demanded, and “instant and willing obedience to orders” is both expected and enforced, it was precisely Newberry’s good-natured refusal to take anything seriously that made him beloved by all, even those whose unfortunate job it was to discipline him for yet another smiling rebuke or insouciant refusal in the face of Company Punishment or the UCMJ.

Newberry was anything but stupid. He was incredibly intelligent. He wasn’t lazy, either. He worked as hard as anyone, and given his extra duties one might argue he worked much harder. He wasn’t smug, or openly defiant, he wasn’t a malcontent sewing disorder, and he wasn’t a criminal masquerading in uniform. He was, simply, Newberry.

Newberrys are never made. They are simply born.

Newberry hailed from the deep South. Alabama, or Mississippi, or perhaps it was Georgia. I can’t remember. I do remember his bright smile and his constantly sunny disposition, the eternal glow on his shoulders even in the course of a disciplinary moment. He was simply full of “Yes, Sergeants,” and “Yes, Sirs,” and would salute crisply before moving on to ignore or egregiously violate every order thrown his way.

Dateline: Singapore. On our second forward deployment to the Gulf, we made a liberty call in Singapore. We were given the obligatory speeches and warnings and orders to avoid the off-limits areas.

Naturally, Newberry disappeared immediately. He returned to the ship only at the last possible moment, his foot in a cast, and his head stapled from eyebrow to earlobe. He was immediately hauled to the Company Office, somewhere in the superstructure of the USS Peleliu, for office hours.

The reports are largely unreliable, but the word that filtered down to us – Newberry-lovers all – was that Newberry had responded, when asked what had happened to him, and where he had been, with a simple answer: “I was off-limits, and I was attacked by Ninjas,” he said.

Whether or not Newberry was attacked by Ninjas we will never know for certain, but that answer, which could only be true, elevated him instantly to legendary status.

In the Marine Corps, a Sergeant Major sits somewhere close to God Almighty. And he has earned that post. And I was there when the MEU Sergeant Major toured our berthing space, sometime after the Ninja attack, chatting with the young Marines, and happened by the disaster of Newberry’s rack. Newberry had taken the occasion of his convalescence to forget he was even a Marine. The Sgt. Major passed Newberry’s rack as though he hadn’t seen it, then stopped, took three steps backward, and loudly demanded that Newberry present himself.

Newberry crawled out of his rack, bearded, casted, stapled, and wearing a Navy Engineer’s jumpsuit. He stood front and center, solid as Gibralter.

“Marine!” the Sergeant Major demanded loudly, freezing the entire port side of a gigantic warship. “Just who do you think you are?”

And then, in the arctic silence that had fallen over the tight confines of our berthing space, an echoing, terrible, demanding silence that coated all of us with hoarfrost, Newberry said quietly, securely, with a southern accent and without pause: “Johnny Cash.”

And so next month I will travel to Arizona with my fellow veterans. I look forward to this trip with something much beyond eagerness, because we all knew our own Newberrys, maybe some part of us, sometimes, wished we were him, and maybe some part of us still does. But wherever we assemble from, we took an oath once, for the Newberrys of this world, and for something bigger than just ourselves.

**Update:  within hours of this column’s original publication, Newberry was actually located.  He is back in his home state of Tennessee–the one state I left out of my guesswork.  This magic was accomplished via The Book of Face, and serves as proof that the “Lance Corporal Network” is still in high gear.  It also says something terrific about the Marine Corps brotherhood.  He even wrote to The Nugget thanking us for this column about him.  I have received a personal message from his girlfriend, as well, who assures me that Johnny Cash is doing fantastic, and hasn’t changed a bit.  What a strange, small world it is.  And that, my friends, is a truly happy ending.