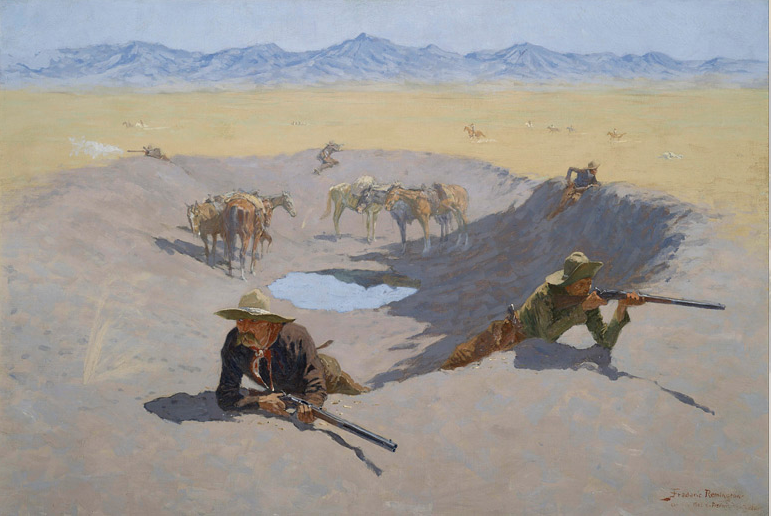 For nearly a year Jim Cornelius and I have been writing, researching, reading, and working feverishly on a new literary project to identify, diagnose, and ultimately combat the ironies, mind-numbing complexities, and feverish groping that often define our modern American life.  We are pleased that those efforts are now nearing fruition, and that Running Iron Report will soon launch.

The RIR is not a replacement for our efforts elsewhere.  The Bunkhouse Chronicle, and Frontier Partisans, will remain and continue to grow as they are.  RIR is a joint attempt to explore creative solutions to complex problems.  It is underwritten by a belief that our republic, as much as we have loved her, seems now to be buckling under the same historical pressures that have ultimately crushed other empires, in other times, and that we have options available to us that may prove anodyne.

The articles, editorials, and features of RIR will be comprised of historical, ahistorical, political, apolitical, and theoretical discussions anchored and driven by the notion of living well–of “carrying the fire” of all that is best about our republic into what we see as an inevitably less prosperous, and significantly more dangerous and chaotic future.  It will also be occasionally funny, and irreverent in the best possible ways.  RIR will most likely upset some people, particularly those who maintain narrow, and therefore largely disabled, minds, or those who insist on flogging the comatose coal-pony of failing institutions.

RIR has no political affiliation.  We are not shilling for either of the largely irrelevant, certainly corrupt, and most definitely ineffective major political parties in the United States.

Running Iron Report is coming soon.  We sincerely hope that you will join us around the campfire, and become an important voice in the conversation.