I do realize, of course, and sincerely appreciate, the profundity of our great national obsession with Russians, Hollywood perverts, Donna Brazille’s new book, bump stocks, the NFL kneeling/not-kneeling shenanigans, and even Trump’s midnight bully-tweets aimed at a fat Korean dictator.  But, and here is an admission, I personally lost faith in travelling carnivals somewhere around age 7, though I did once pay a dollar–when I was ten–for a peak at “The Ugliest Man in the World”.

It went like this: you gave the guy a dollar. He pulled out a wooden box and lowered it over his head. One side of the box had a little window, on tiny hinges, which you then opened—nervously, for who knew what one might see–and peered inside.

So that’s what I did. I gave him a buck and opened the window. All around me I could hear the shouts of carneys, the peals of laughter from people pretending to enjoy the various rides and baloney-booths on the midway. I looked in, cautiously, eagerly, and realized at once that I had been had. It was a very, well, Muelleresque sort of moment.

See, the guy had no teeth. All he did was pull his lower lip over his nose and up to his eyeballs, a kind of gummy balaclava. He sat in there, under the box, needing a shave and looking at you with sad eyeballs. I had been sucked into this farce by the shrieks of the girls who had gone before me, but mostly I felt cheated, and even a little angry at the old guy with the box on his head. 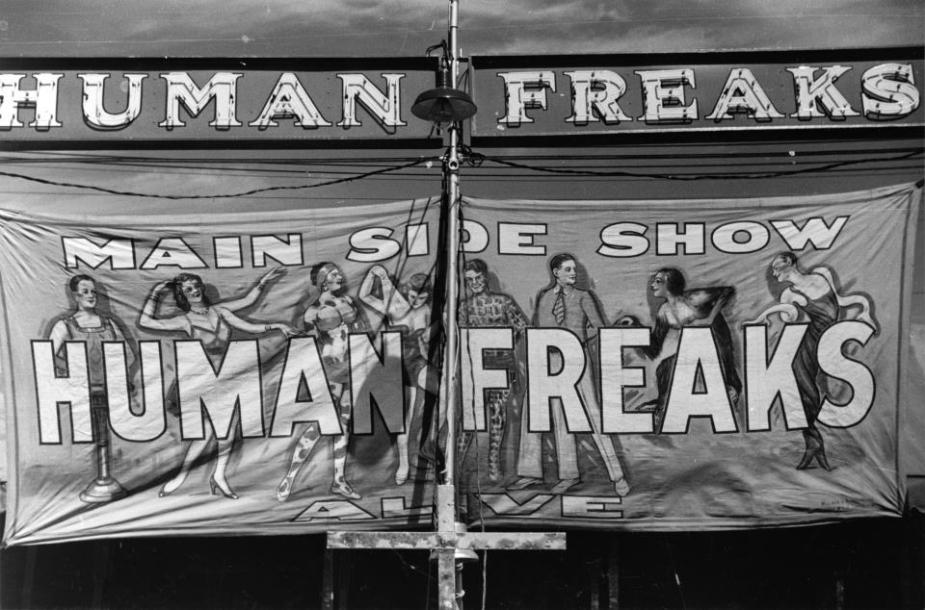 But the story of the guy in the box is not where I wanted to go. I wanted to write about the historical trials of General Antonio Lopez de Santa Anna’s legs. General Santa Anna, you might recall, was the villain of the Alamo. Two years later, in what became known as The Pastry War—a kerfuffle between the angry French and the angrier Mexicans–he was hit in the left leg by cannon fire while retreating from Veracruz. His ankle was broken, the lower leg mangled, and it was eventually amputated just below the knee.

But Santa Anna thought very highly of the leg that had served him so well. In a flourish of the kind reserved for Mexican Generals, he ordered that his left leg be buried with full military honors—it was actually a state funeral–and managed to become the President of Mexico for the fourth—or was it the fifth—time.

Santa Anna, no malingerer, had a prosthetic leg made from cork, and ambled around with his medals and strategies and fancy hats, just in time for the 1847 Mexican-American war, wherein his prosthetic leg was captured—after being abandoned in the field during a surprise ambush—by troops from the much-heralded 4th Illinois Infantry.

Santa Anna is said to have fled the field on horseback, under fire, which was undoubtedly an impressive feat of horsemanship. A second prosthetic, more of a peg-leg than a fancy cork prosthetic, was also captured by our boys and used as a baseball bat during pickup games in the big Mexican sand lot. True story.

My Leg…It is that way…

The legend of the original, living leg, did not end with its internment—it was eventually dug up by protestors and dragged through the streets of Mexico City, by people mad at Santa Anna.

The prosthetics, both the expensive cork version and the baseball bat, were hauled back to Illinois, much to the continuing ire of Texans, who now want it back. The cork leg went to the Illinois State Military Museum, while the peg leg is displayed in the home of former Illinois governor Richard J. Oglesby.

But those Texans, never a people to sit idly by and allow the universe to merely happen to them, are petitioning for the return of the cork prosthetic. A museum, built around the battle of San Jacinto, wants the leg so that it might enjoy a place beside Santa Anna’s knee-buckle, and an historically important tent stake someone brought in from the desert. And students at St. Mary’s University in San Antonio, who are only trying to exorcise the demons of their on-going undergraduate identity crises, want the leg back so they can hand it over to Mexico where, they think, it rightly belongs. 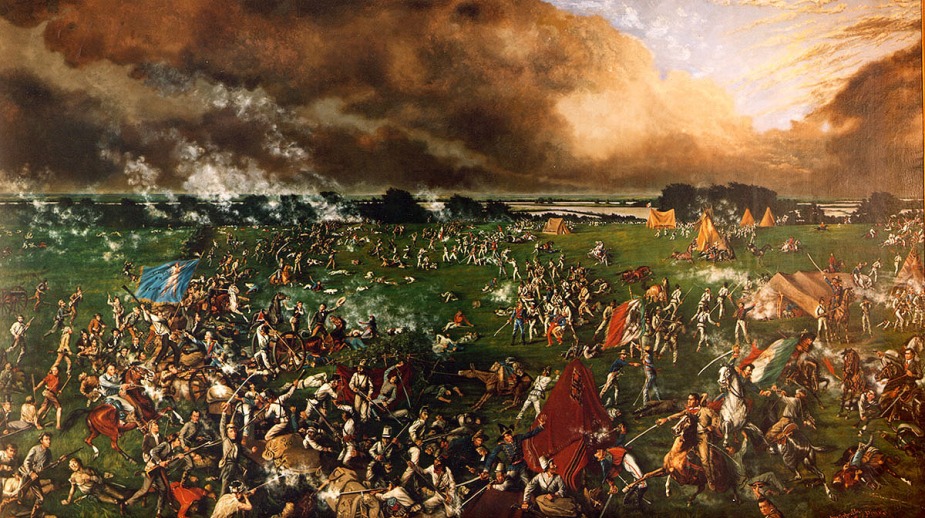 The Battle of San Jacinto

Naturally, all of this furor over Santa Anna’s legs has raised the dormant martial ire of Illinoians, and even the weighty editorial board of the Chicago Tribune has leaped into the controversy. “In any case, we can’t imagine why the Texans imagine they have a claim. At San Jacinto, Santa Anna still had the legs he was born with. Texans didn’t inflict the injury that necessitated the replacement, and Texans didn’t capture it or preserve it for 169 years. As we all know, possession is nine parts of the law,” they wrote.

So there is that. In the final analysis the on-going trial of Santa Anna’s legs is much more interesting—at least for this bemused independent–than which comedian was caught with his pants down, which political party is promising the moon, or what Pro Bowl linebacker was arrested at 4 am for domestic violence.

And it is far more–by orders of magnitude–gratifying than the buck I forked over, in a fit of childish curiosity, to see “The Ugliest Man in the World.”