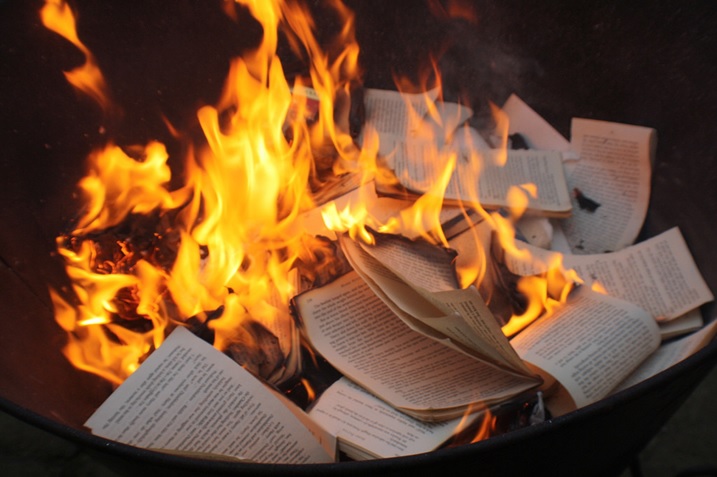 The real crux of the word-ban issue at CDC isn’t that the words are “banned.” They aren’t, not really, and as of this morning there are no credible reports of bonfires on Capitol Hill fueled by the ritual tomecide of policy manuals. Officially, the words are merely “discouraged.”

What’s most troubling is the rationale put forward to explain such discouragement–which is that the words frighten people. We are told that certain zingers such as “fetus”, and suspicious phrases such as “evidence based”, are so upsetting to various pols in Byzantium that merely seeing them, or references to them, may be enough to swing a budget vote in one direction or another. Pshaw.

But policy wonks and bridge trolls are always afraid of language. As was a certain defense attorney in a criminal case I once testified in. She was outraged at appearances of the word “peanuthead” in my police report, which she argued revealed a global conspiracy bias against her client–a stabby street gang tough with red lips tattooed on his neck.

Nevertheless, words and phrases matter, which is why I have always favored “homicide bomber” over “suicide bomber.” The former just makes more sense in most cases, given the clear intent of someone who dons an explosive vest, or makes a pipe bomb, and then detonates it in a crowded restaurant or a train station.

Through college I wore a button, about the size of a silver dollar, attached to my book bag, proudly declaring that: “I Read Banned Books”. I picked it up at a used bookstore, since devoured by Amazon Inc., and it was my one visible protest against what the one-eyed oracle of the Upper Peninsula, and the only American-born gourmand, Jim Harrison, brilliantly called the “expanding borders of the ineffable.”

And during my Maquisard phase, in graduate school, I took great pleasure in quietly dynamiting the occasional faculty troop-train before slipping away into the night. But my cover was blown when I dared, publicly, to dispute a hard leftist professor—by which I mean that particularly venomous brand of academic commissar who is constantly vetting the proletariat for evidence of counter-revolutionary thinking.

What I learned, after a heated classroom argument over the actual height and weight of Guatamalan activist and Nobel Prize winner Rigoberta Menchu, was that among the most politically sanctimonious any free exchange of ideas quickly devolves into artless dogma, boring puritanism, and personal rancor.

There is probably a way to blame George Carlin for some of this, who at least knew how to turn 7 banned words into clever and subversive stand-up.

I first heard Carlin’s 7 Words routine on a cassette tape, playing loudly—I don’t know why–in a friend’s goat barn. The goats—which are abysmal animals–were not even slightly amused, but I can still manage an ad-hoc and rapid-fire delivery of all seven words. Sometimes, to shake up a flagging holiday party, I’ll deliver them loudly, in purest non-sequitur form, while standing in a corner next to the decorative gnomes and tinseled miniature Santas.

The goat barn incident became even more weird when my friend’s mother, who was a registered nurse, later made a brazen pass at me in the kitchen. She did it while showing me a bowl full of colorized pebbles, displayed on the kitchen table beside a porcelain frog and an artisanal incense holder in the shape of a Viking longboat.

Incanted in the right combination, she claimed, these gimcracks were possessed of curative powers. I admit to skepticism regarding the bowl of magic gravel but, titillated by her attentions, I completely forgot to sue for harassment.

Elsewhere, my sister, who is one of those throwback physicians almost capable of a modest self-comportment–that is to say, without constantly reminding everyone that she is a doctor–has been waging the word-ban fight with an Austin, Texas, school board over what her kids are allowed to read in school. 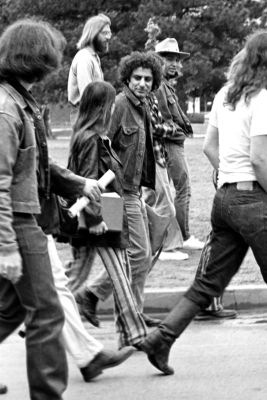 It’s a mystery why so many public school boards—whose record of utility nationwide deserves a long and thoughtful second look–should still so often be composed of skeletal Savanorolas, prised out of their musty crypts and propped up on the dais to ban dancing, music, and JD Salinger.

But we might, for the sake of perspective, seek to temper our histrionics on this latest bit of government word-gaming. It wasn’t invented last week. I’m not, by any stretch, suggesting that we go around grinning and doing cartwheels, but in our consternation we should also bear in mind some of the more serious, and successful, efforts at censorship executed by the various tentacles of American government.

We could, for instance, remember the experience of War Correspondent George Weller, the first American reporter to enter Nagasaki after the atomic bomb drop on August 9, 1945. Weller’s stories were spiked by the Occupation’s General Headquarters because what he saw, and reported on in the aftermath of nuclear warfare was, and remains, utterly shocking to the human conscience.

And no discussion of this word-banning business would be complete without a nod to Abby Hoffman, whose best book—often banned outright due to fears that it would encourage mass shoplifting amongst the weed and munchies set–was “Steal This Urine Test”.

Of course, Hoffman also had the admirable temerity to wonder aloud, once, amongst the various censors and word-banishers of America: “What if they gave a war and nobody showed up?”